The Brong Ahafo region supplies most of Ghana’s staple foods and is often described as the ‘breadbasket’ of Ghana. Despite the important role of this region in the provision of local food, farmers are shifting towards the cultivation of cashew nuts for export. The increasing production of cashew for export is driven by multiple factors across scale; including a historical legacy of export-led agriculture, increasing global demand for cashew nuts, and a number of local level socio-cultural factors. While farmers may benefit from cashew production, the conversion of land into production of cashew poses local level socio-cultural and economic challenges. In this paper, we adopt a critical perspective through the lens of political ecology to demonstrate how the transition towards the production of cashew is driving land accumulation, social differentiation, alongside a decline in access to land for local food provisioning. Through the use of a range of qualitative methods, including interviews, focus group discussions, observation and policy document analysis, this paper reports on in-depth data collected from cashew farmers and local agricultural actors in the Brong Ahafo region. Findings demonstrate that cashew production is transforming land tenure relations through individualisation, alongside the acquisition of communal land for cashew cultivation. In particular, the acquisition of land by local elites, and alongside the increasing conversion of family land into cashew production, is changing existing social and land tenure relations, with profound outcomes for migrant farmers and local food provisioning. We conclude there is an urgent need for agricultural policies to consider these impacts of export-led cashew production for land tenure and local food security.

You are free to:

Share — copy and redistribute the material in any medium or format

Adapt — remix, transform, and build upon the material for any purpose, even commercially.

This license is acceptable for Free Cultural Works.

Attribution — You must give appropriate credit, provide a link to the license, and indicate if changes were made. You may do so in any reasonable manner, but not in any way that suggests the licensor endorses you or your use.

No additional restrictions — You may not apply legal terms or technological measures that legally restrict others from doing anything the license permits. 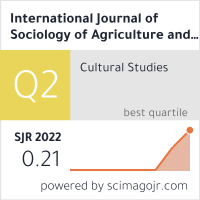